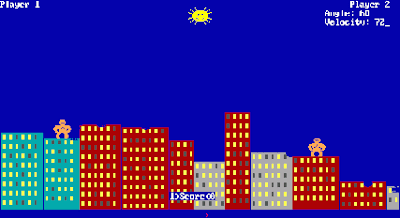 Creating a game has been something on my todo list since I’ve learned to program.
Matter of fact, my introduction to programming was at the age of 12 (1996) when my Windows 95 PC booted to DOS. Playing around with the command prompt I stumbled upon QBasic which was on my DOS 6.22 operating system. 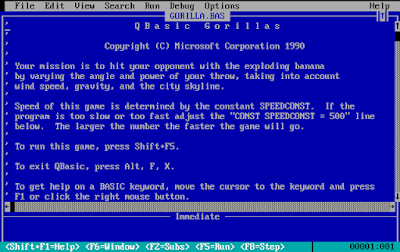 The “Gorillas” game was one of two games that came with QBasic (the second was “Nibbles” which was a snake game). Curiosity got the best of me, and I ran the game. Gorillas.bas is available online at archive.org
The code on the screen seemed magical. The thrill I got by making a change and running the program was exhilarating! Could I also edit other parts of the game to give me an advantage against another player? I needed to know more.
I went to my local library, and after speaking with a few librarians, I picked up a copy of Russ Walter’s “The Secret Guide to Computers 22nd edition” which had a section on learning BASIC (page 326+). 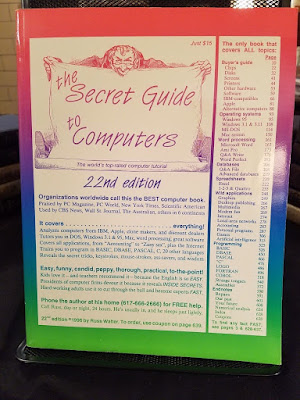 After a few days of reading and working through the examples in the book, I was able to modify the code so that player 1 (me) would get double or triple the points that player 2 (one of my siblings) would get; I was hooked.
Soon I was making my own small and straightforward text-based games which I had to stick to because I didn’t have the skill necessary to make good graphics.
Fast forward to my high school years where I was gifted a copy of Dark Basic Pro which was a professional game engine.
I couldn’t find any good books at the library or information online that I could understand. I quickly put it on hold and forgot about it while I focused more on web development and building desktop applications.

Something I’ve always wanted to do

It’s time I give this another shot. I’ve built a simple game in vanilla JavaScript, as well as followed a few tutorials from Zenva Academy for Phaser but what I want to do is limited.
Throughout the years, I’d experimented with various game engines and libraries:
All of them were missing something that I couldn’t quite put my finger on.
Maybe Unity would have been my engine of choice. However, I primarily work on a Fedora Linux box at home, and there isn’t much support for Unity in Linux.

Defold: The game engine I’ve been looking for

I actually came upon Defold by accident. I was watching a video on youtube called “Making a VIDEO GAME in 3 days” this really got my attention because I had recently participated in a few Hackathons and the “Build something Quick” mood was still fresh in my mind. Defold is actually pretty sweet. It’s made by King which is the company that made CandyCrush. Yes, THAT CandyCrush… I mean, even my Grandmother has played that game.
I spent the previous weekend going through tutorials, asking questions in the forums and getting as familiar with Defold as I could. After a handful of completed tutorials, I was ready to start building something ‘Real.’ I figured if I jumped in head-first and just run with the idea, I could make this into a long-term hobby.

The goal is to release at least two games this year. I don’t care if anyone else plays them – I just want to make sure that I enjoy playing them and that is enough for me. Since I am NOT a game developer, I can’t really draw, I’m not good at composing music, and I absolutely suck at writing (you can probably tell from this post)… I’m not sure how well I will do but as they say in the Biz, fail fast and fail often. That is the goal. I will be documenting everything on here. From small things I learned, to how I created some artwork or a piece of music Stay tuned!
at March 03, 2019 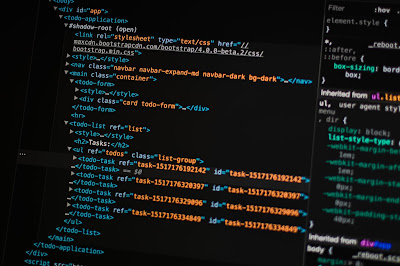